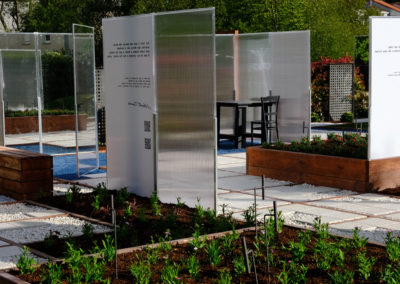 The garden is an interpretation of the poem On an Excessively Clear Day by Portuguese writer Fernando Pessoa, based on his concept of heteronym, Alberto Caeiro in this case. Using transparent surfaces, mirrors, sheets of water and frames, the visitor is offered the experience of multiplicity. They are immersed in a literary world that is unreal and palpable, artificial and natural, all at the same time. A maze is used to guide the visitor through the poem, while they discover its verses reflected in themselves and in the different versions of Pessoa.
The square paving and reflective surfaces create a pixelated landscape with different degrees of clarity. Within this three-dimensional grid, the natural elements in the poem are mixed together: “hills, valleys, plains”; “trees, flowers, herbs”; “rivers and stones”.
Through QR codes, visitors can get further information and listen to the poems in different languages, thus discovering the physical presence of Pessoa, through his work, behind each mirror and around every corner.
The use of lavender, the national flower of Portugal, combined with hydrangeas, which are typical of the Galician landscape, reminds the visitor of the proximity of the two lands. The red carnations inserted into fragments of rifles make reference to the historical resolution that Pessoa was unable to fight in his birthplace. Lisbon is evoked through the white paving and light it reflects and in the furniture of an imaginary study, with Pessoa rushing out to seek “a road through the trees”. 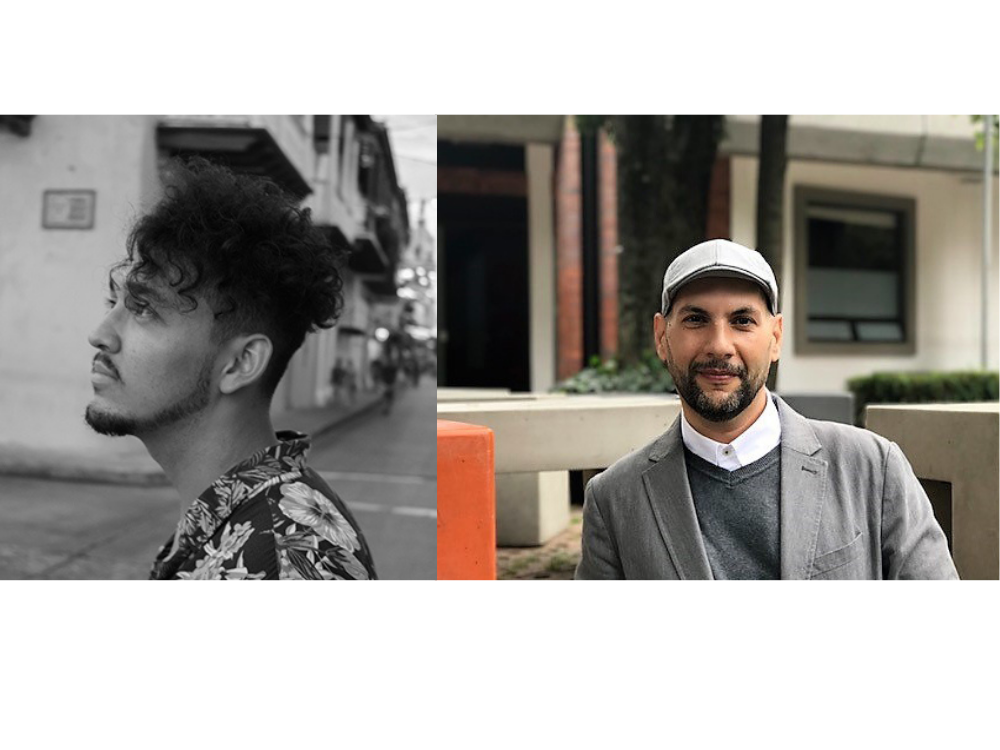 Last course student of architecture at the “Javeriana Pontifical” University in Bogotá, Columbia.

He was a research assistant on History of Modern and Pre- Columbian (prehispanic) Architecture. He is an opera singer (lyric singer) and an enthusiast of visual arts.

PhD on Architectural Projects (2010) and Official Master in Landscaping (2007), both degrees obtained at the Polytechnic University of Catalonia, Barcelona, Spain.

Architectural degree (1988) at Andean University, Mérida – Venezuela; currently, he is a professor of Landscaping Architecture, Architectural Projects and History of Modern Architecture at the “Javeriana Pontifical” University in Bogota, Columbia, areas in which he also develops his work as a researcher.