The city, understood as civility, is a conquest by man, as a social being. In this chaotic city, which is out of our control, there are still places to remind us of these achievements: a school playground, a normal market day, popular festivals, demonstrations and multilingual spaces in a public square. These examples directly connect to sounds. Our sound memory as a ‘welfare state’, is perhaps more powerful than our visual one. And if we make the places we recall materialise through a space–a continuum–invaded by nature?

Nature is an ally in recovering the essence of towns and cities as systems of free spaces, predisposed for social interaction. We need nature between learning spaces (school→ green filters that purify, vegetable gardens, etc.), cheerful spaces (street party→seasonal colours, celebrating harvest time, waking up from the winter lethargy, etc.), spaces for contact with produce and other people (market→vegetable garden, etc.), and, of course, spaces of peace and silence, where nature in urban settings has always been an ally (soft babbling of water, heard between the rustling of leaves blowing in the breeze).

We suggest a sequence of spaces where nature is introduced as an ally to recovering urban identity. As visitors pass through, they start to awaken sounds associated with towns and cities, which interact with textures and colours, primarily constructed using plant materials. This material blurs the outlines of a space defined by a strictly orthogonal geometric pattern and turns it into a sequence of sensations. We attempt to get the most out this park of the future, which is transformed and spreads across the urban stretch. The new urban jungle is possible. Every corner is a potential place for nature and society to come together.

This sequence of places: vegetable garden, playground and square, forms a continuum that interacts with the passer-by and with nearby and distant sounds. The visitor enters this new jungle among climbing plants, which entangle the three-dimensional space. Little by little, they disappear, sounds relax and, at the end, the visitor discovers a haven of peace: a whistling wild meadow.

Echoes of recognisable worlds to revalue, combined with a natural world to apprehend. These echoes return a reality to us, in harmony with the oikos. 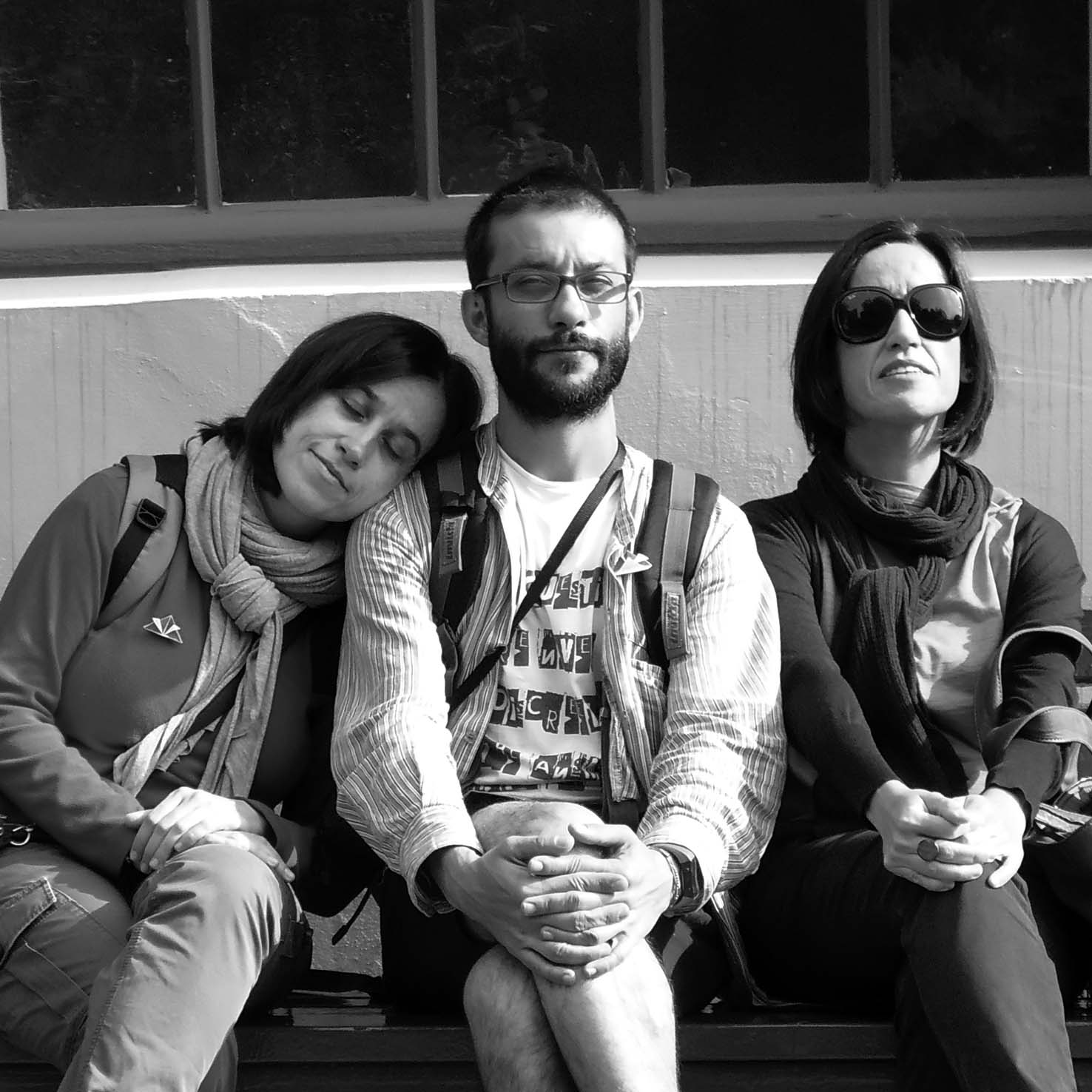 We are interested in the landscapes that humans create through their experiences and by looking and remembering; the ones they order using vertical and horizontal planes, creating shelter, openings and domesticity; and those they materialise using solid, ethereal, living and inert elements, and textures and colours.

We are interested in landscapes created by nature, through force and calm, in a cyclical or evolutionary form, and that are invariably a support for life.

Marina Jiménez. Architect, Doctor of urban planning with thesis on the park system as a structuring concept for towns and cities, Master of landscape architecture.

Julio Jiménez. Architect, member of the spiritual and Viking landscape of Borgund (Sojnefjord, the Fjord of Dreams, Norway) and interested in generating spaces with light and shadow.

Ana Jiménez. Architect, Master of Architectural Rehabilitation, involved in cooperation for development projects and in landscapes created by the art of origami.