Jacques Tati is one of the great comedians of cinema, legatee of the masters of the silent comedy. In 1958 he directed and starred in My Uncle, his first colour film. It received various awards, including the Oscar for best foreign film.

The home of the Arpel family is inspired by the rationalist forms of the early 20th century. Created by Jacques Tati, Pierre Etaix and Jacques Lagrange, it offers an entertaining perspective on the modern world. Its garden is inspired by designers of the early 20th century: Lebisch, Lurçat, the Vera brothers, Molnár, Mallet-Stevens and Guévrékian.

Nowadays, home and garden are a source of great interest and inspiration for landscapers, architects and filmmakers. We can observe Tati’s 21st-century legacy in the work of creators worldwide: Gaudin, Nouvel, Koolhaas, Perrault and Meadows, all of whom express a fascination for this space. They are crazy about Tati, much like the team presenting this proposal. It is surprising that Tati never studied garden botany.

One of the most unusual elements of the film is its soundtrack, composed by Frank Barcellini and Alain Romans. It is a benchmark in the history of film and includes one of the most-covered songs of its time.

Landscape designers and musicians have come together to make an affectionate homage to this film and its creators. We adapt the design of the festival space and propose a selection of plant species inspired by landscape gardening from 1920 to 1940. This is combined with live performances of songs from the film, played by the Hulot Band. 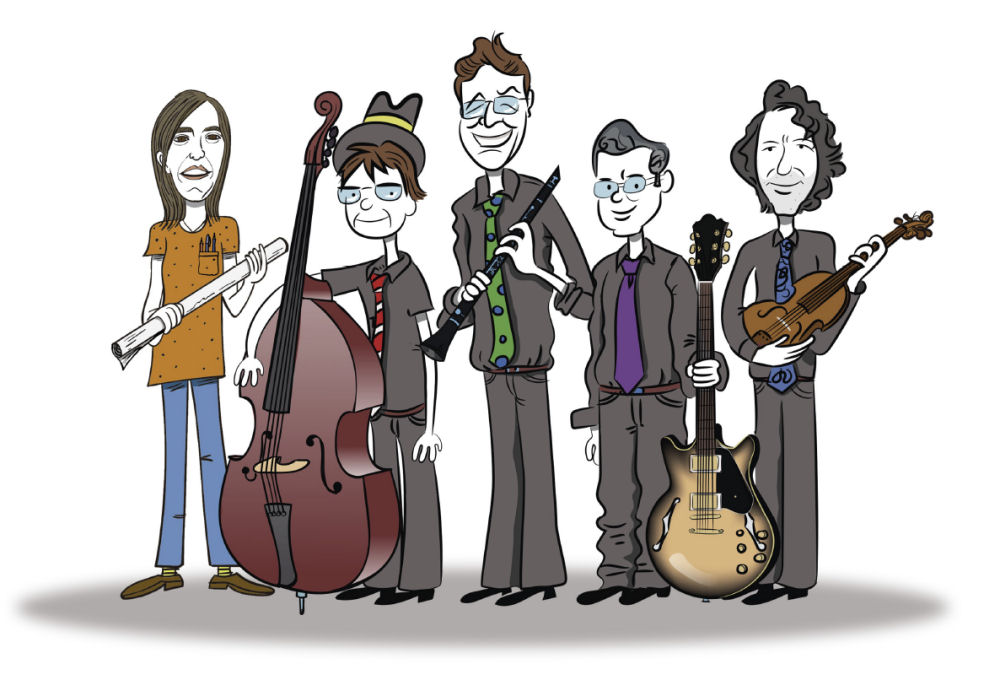 The Hulot Band began as an instrumental quartet with the aim of recreating and interpreting the sound of the old salon orchestras. The group strives to rescue the unforgettable soundtracks of films like those of Jacques Tati and songs from that era that recall the unmistakable sounds of gipsy jazz and endless jazz sessions in nightclubs. The Music performed by “La Hulot Band” is popular culture made art,  a varied repertoire that is an invitation to listen and enjoy.

Charo Piñango first put pen to paper in the field of landscaping 25 solstices ago and has since then designed gardens, squares, urban gardens, landscaping improvements to protected spaces, museography and environmental signage, and themed gardens.