37,700 square metres (45,088 yd2) of water, sounds, colours and vegetation. Three hectares (7 ac) of nature that barely allow themselves a concession: a certain craft, a fling of the imagination, a tempestuous nature always subjected to the omnipresence of the river. It is the International Garden Festival of Allariz.

The Festival, pioneering in the peninsula together with the Portuguese one of Ponte da Lima, is a green puzzle that keeps a permanent structural framework during the year and replaces, each spring, twelve spaces reserved for the creativity and innovation of landscape gardeners from all over the world. The Festival is a great contest of gardening ideas and designs included in the town project as part of the other big puzzle that is the revitalisation and development plan of Allariz. 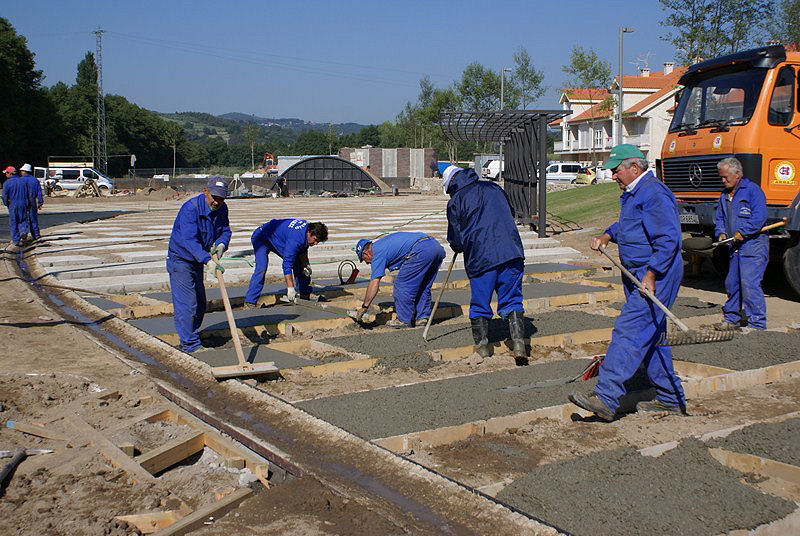 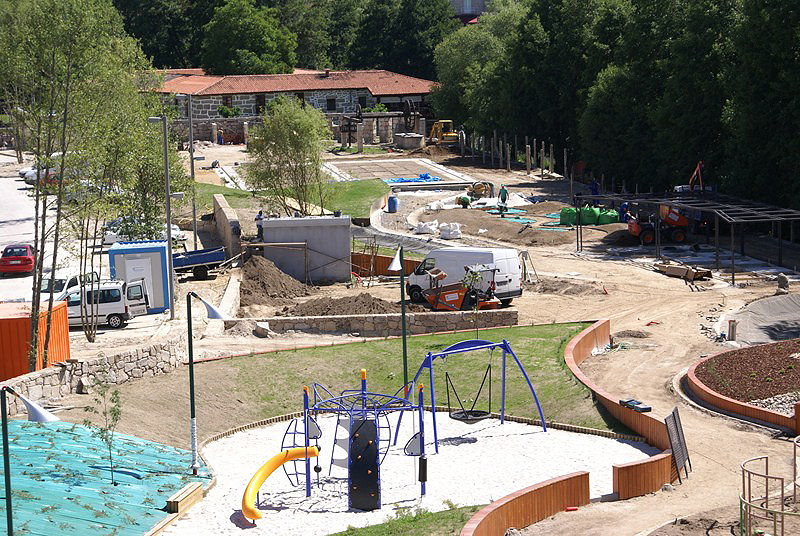 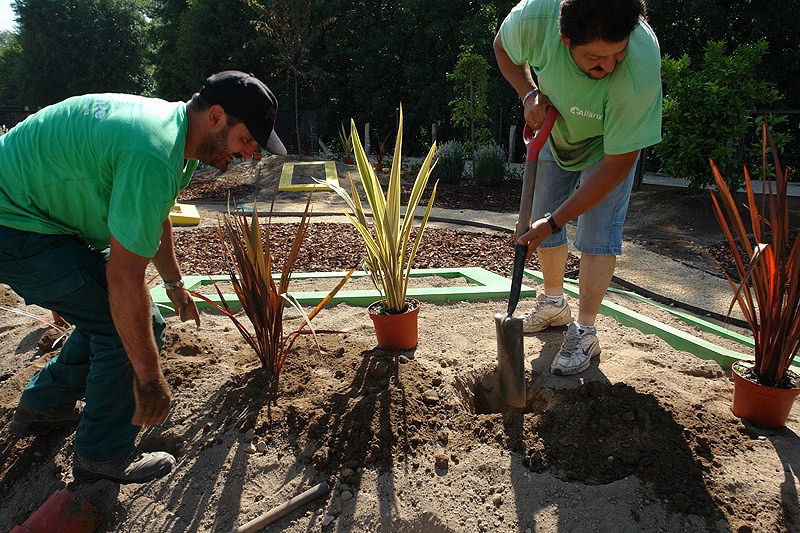 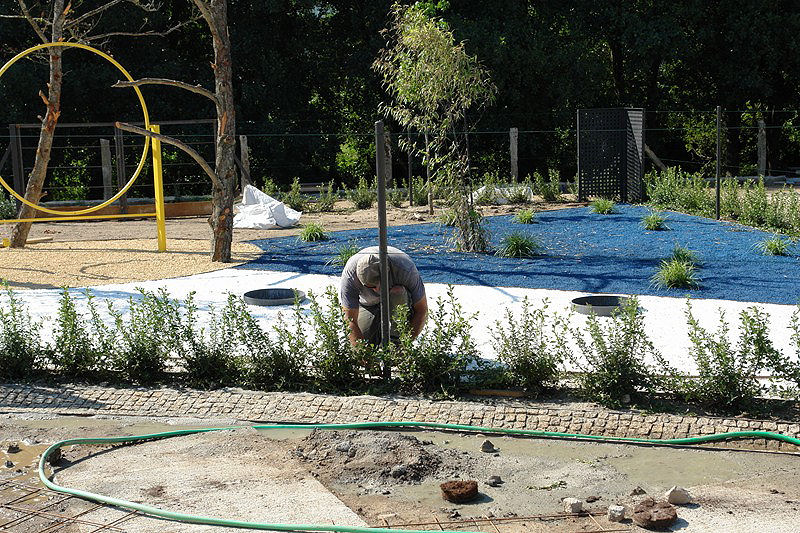 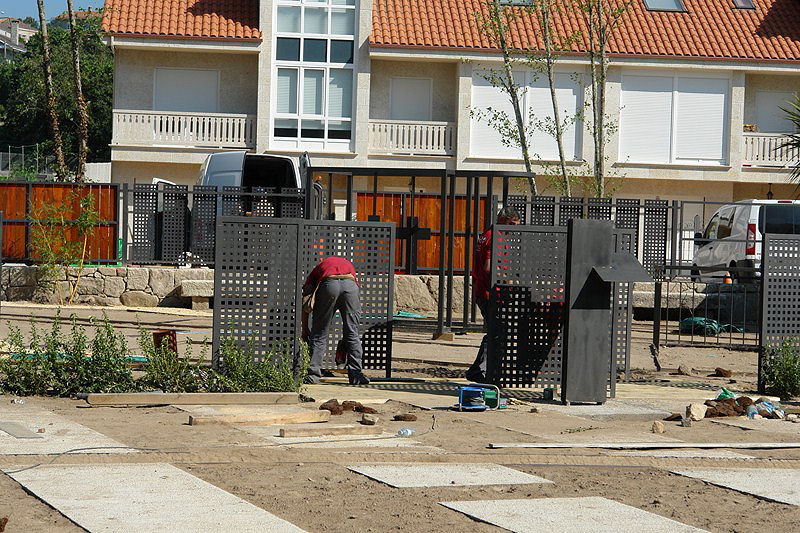 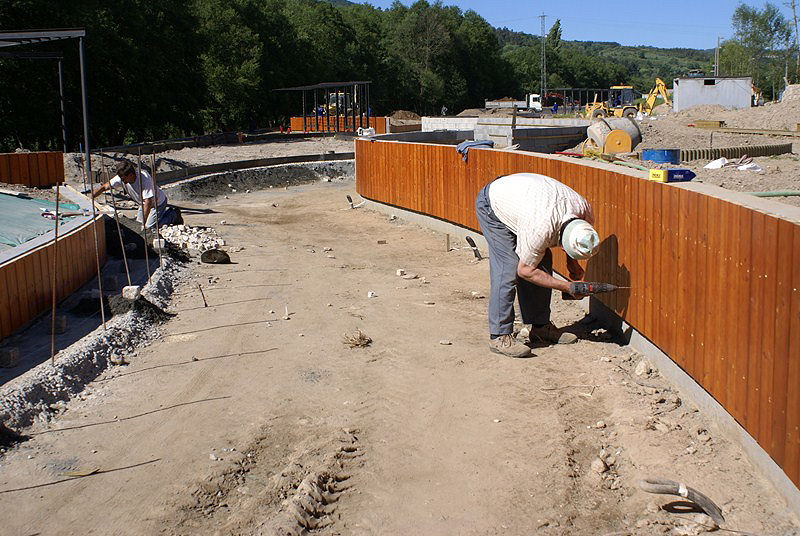 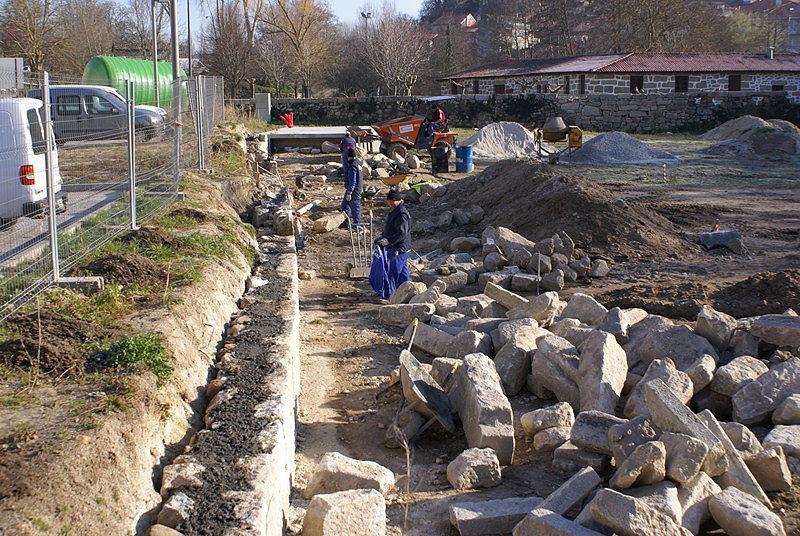 Its presence is not a coincidence, neither its location. The International Garden Festival of Allariz (FIJA, by its acronym in Spanish) crowns the infrastructures of the Ethnographic Park and it is the link between the mills and the leather factories and the modern facilities for equestrian sports, the camping and the sports city. The Briñal complex and the suggestive journey of the Arnoia river downstream are the finish line to which the FIJA leads the way. It does it by adding many of the elements that define the Allariz project: heritage, nature, innovation and practical sense.

The heritage is formed by the own framework –moving away that background which the medieval village and the castle’s hillock draw is difficult!– and some own very attractive contributions. It is the case of the noria de sangre (“watherwheel of blood”). Its recovery went far beyond the sculptural value with the revitalisation of the operational mechanism activated, as in the past, by the animal strength. A donkey reproduced the movement to take water from the river and in that circular and monotonous movement the everyday life of a time beats, still alive in many memories.

Together with the waterwheel, elements of the Galician popular architecture which enhance its beauty and meaning were arising in a context of contemporaneous aesthetics. A metaphor is also included, that one of the river after the rise in level, represented in the water games, in the little canals and in the curved lines – the Festival’s real common thread– that flow around the plots which take part in the contest and that convert the sand deposits into playground and the retained water due to natural overflowing into springs and lakes.

Nature is unavoidable in the Festival. It is inside and outside, before and after, above or below; it overtakes the gardens from the river and the castle… It happens the same with innovation and imagination. They are intangible, but they are noticed in many of the details that form a project which in 2013 received 42,000 visits and generated €34,000 coming from the sale of tickets. The practical sense underlies its own design, adapted to safeguard the adjoining meadows from possible overflowing.

Since its creation in 2010, the Festival grew in surface and contents. The 13,000 square metres (15,547 yd2) of the first stage have become 38,000 (45,447 yd2) today; furthermore, the twelve plots to be exhibited as temporal designs incorporated different spaces, such as a car park. The practical sense, again, and a big outdoor area in the style of the great English parks.  Its singularity? The integration, as aesthetic and structural elements, of the Ferradal’s spring of mineral water that flows from its historical jet to draw ponds and to disappear in the Arnoia river towards the sea.

To get these discounts you need to provide the appropriate document in each case.